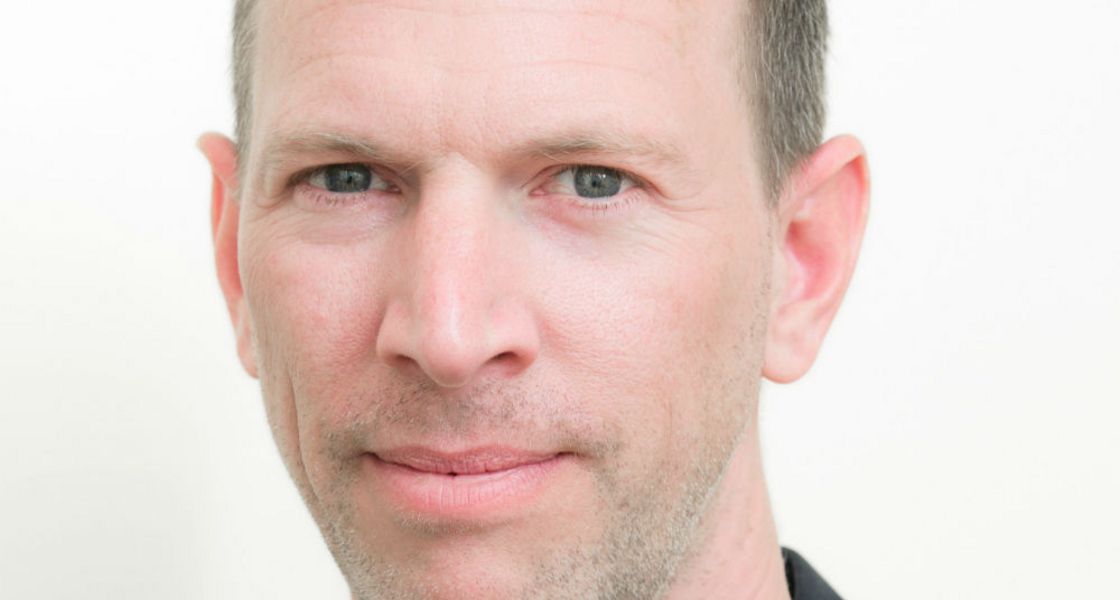 Hundreds of companies offer marketing analytics, planning and automatization tools. And you plead for intuition and romance…why are the others all wrong?
They are not wrong — they are just a bit one-sided if they think they can only rely on automation and analytics. I’m not opposed to these technologies. They can be extremely effective in streamlining processes and enabling efficiency gains. However, I do object to the myopic belief in quantitative tools as the only objective truth, the holy grail of doing business. Nothing could be further from reality. We all manage so much more than we can measure, every day.

The romantic mind seeks to uncover meaning in the most unlikely places, insisting that there’s always more than meets the eye, always more than what can be quantified, analyzed, and understood. In that sense, romance is the essence of humanity: the tireless, and perhaps naïve belief that what is in front of us can’t be all, that there must be more, not in terms of quantity, but quality.

With business as the last grand social system and narrative of our time, it is paramount that we don’t surrender to a reductionist market-based view that wants us to believe that the wonder of life is a simple economic equation. We can already see the consequences of applying economic principles at face value to other domains of our life, a trend that has been radicalized in the past few years: whether that is love (the recent movie The Lobster disturbingly depicts the nightmare of an entirely Tinderized, standardized, disenchanted world of relationships), the erosion of citizenship in our societies and of basic decency in our interpersonal interactions (like citizenship, decency is by definition an intrinsic value), and politics (the declining number of democracies and the growing winner vs. loser, us vs. them mentality personified by the likes of demagogues such as Donald Trump whose questionable “business case” is”: I am a winner in business, hence I can be president).

The bottom line is this: A transactionalist and reductionist world view is dehumanizing. A business that wants to stay human and at the same time leverage the full range of its human resources to innovate and compete in the future is well advised to remain idiosyncratic and unpredictable, and defy the assumption that only measurable things have value.

What were your personal experiences and evolutions that brought you to your current viewpoint?
I’ve always suffered a bit in business. Like many of us, I guess, I have two different souls in me: one is artistic, the other one more rational and practical. I like to imagine other worlds AND get things done in this one! When I was young I always wanted to become a writer or filmmaker (like my grandfather, so it seems to run in the family) and I also tried myself as a musician before ultimately ending up in marketing, arguably, at least back then, the most creative discipline in business. For years though I was suppressing my more artistic side at work, I was trying to be level-headed, to follow the advice from successful mentors and the leadership columns in the Harvard Business Review. I also became very good at observing and emulating what works—in meetings, presentations, and all the other arenas for your “performance” in a corporate function.

It was not until I worked closely with a private equity firm, which owned the design firm I was employed by at the time, that I realized how wrong this all felt. Gaining closer insights into their modus operandi, I was baffled and appalled by their simplistic world view and their take-no-prisoner approach to the bottom line. To these investors the world was really just a spreadsheet, and success a matter of smarts and bullying. And yet, they had absolutely no clue of the essence of our business, for our culture and our values, and ironically, this very lack of understanding led them to destroy significant value.

“The world is not a machine, it’s a garden,” as the writer Eric Liu once said. I had always intuited this, but only after the private equity experience I felt confident and poised enough to live up to it. It was a kind of awakening. I started making business decisions differently, to become more vocal about who I am and what I believe in, and to my surprise my colleagues and peers responded with great enthusiasm. I had two major epiphanies: one was that I am a romantic in business. And the second was that I’m not the only one!

If I’d share your viewpoint, but have to convince my boss to change our strategy – what would you suggest me to do (apart from reading your books and articles)?
I suggest you apply the romantic principles I outline in my book — the Rules of Enchantment — specifically to your team, project, or organization. But don’t just reiterate them, implement them! Host mystery dinners and meetings, allow space for the flaneurs in your organization, for introspection and exploration, create experiences that disrupt the routine and push people out of their comfort zone. Good arguments make heads nod, experiences make hearts sing. And you need to win the heart of your boss if he or she is truly supposed to change.

The case I’m making — and that you could be making more specifically — is two-fold: First, romantic businesses have the potential to make employees happier and more fulfilled. If they are allowed to bring their full selves to work, chances are they will also bring their best selves to work. This links to benefit number two: We know from various studies that nothing beats intrinsic motivation when it comes to productivity. Trust and tolerance rather than fear and coercion stimulate creativity.

This is important because as companies seek to thrive in increasingly competitive talent and customer markets, they must make sure that they can tap all of the resources, including those emotional and spiritual resources that are often buried underneath a monolithic belief in rational decision-making, pragmatism, and efficiency. Harnessing these resources — often mislabeled as “soft” but in fact very hard factors — will make any organization more empathetic, more in tune with the true needs and desires of its customers, and more innovative.

In a time where robots and automation will take over most of the work that is driven by efficiency, we humans must maintain the one big advantage we have over the machines: the ability to feel, in its most extreme ways to love and to suffer (for ourselves and with others), and our imagination (unlike animals or robots we can simulate realities, create illusions, and develop entirely fictitious worlds). The future is too complicated to be predicted, it can only be imagined. And one could also argue that marketplaces are essentially fictions, stories that we tell ourselves and others. Let’s start by telling better stories!

So tell your boss that if they aim to remain innovative and win and retain humans as customers, they should make sure their workforce does not become an assembly of non-human (or human) ‘smart machines.” Tell them that, in fact, it’s smart to create space for artists and other meaning- and beauty-makers who can not only imagine other worlds but also your company’s future — and help you embrace it, shape it, and deliver on it with great conviction, mastery, and passion.

Moreover, the truth is that there is no such thing in commerce as a mere transaction. Every transaction is more than a transaction. It’s a ritual, an exchange of stories, social symbols, and values that, while meeting utilitarian needs, also always creates a meaning surplus. And at the end of the day that’s what we are all longing for: a sense of belonging, delight, and beauty — something that lifts our spirits, something greater than ourselves. With the words of Alfred Hitchcock: “Logic is dull.” From car purchase to flying to grocery shopping to project management software, we’re dealing with cultural codes, and only brands that can recognize and decipher them will be able to foster deep relationships with their customers, in other words, loyalty.

Quantitative tools have leveled the playing field so much that differentiation is only possible now through unexpected events, mystery, and intrigue, all of which enablers of customer delight. Every site is convenient, efficient, and personalized these days — these are table-stakes. What is more interesting are genuine ways of expressing a brand that also add emotional value to your customers: take Airbnb that has perfected the art of designing its experiences to maximize trust among its users; American Express that once launched a travel service offering mystery trips to surprise locations; or Slack, the collaboration platform, that has made team communications fun, personal (instead of personalized), and warm (even the chatbots seem human on Slack).

And then there is of course the potential of conversational commerce that everybody seems to be talking about these days: already, startups in Silicon Valley are hiring poets and writers to ensure their chatbots “speak human” and don’t come across as too stiff or “salesy.” The secret of good conversation is that it is indeed free-flowing and open-ended, and not going anywhere in particular. That’s a very different interaction paradigm than traditional e-commerce which was more task-based and results-oriented. Not to mention virtual and augmented reality and the possibilities of using gaming to discover new worlds (designed around products and services). Take the recent Pokemon hype or VR applications: they are escape mechanisms and as such thoroughly romantic. In the experience economy, discovery trumps delivery, and these new technologies enable and celebrate that. Tomorrow’s shops will be mazes rather than showrooms. The future of e-commerce is indeed romantic: between the worlds and within new worlds.

Last but not least: Do you think our society overall lacks a great sense of romance?
No doubt about it, yes. It almost seems as if we were trying to engineer all romance out of our societies. I think we’re in a similar historic situation as the original romantics in the 19th century who stood up against a regime of enlightenment and scientific rationality and responded with a renewed emphasis on emotions and transcendence. Then came industrialization and the iron cage of bureaucracy, and today we’re facing another age of disenchantment caused by the quantification, datafication, and algorithmization of everything, with artificial intelligence threating our human agency.

So this time our very humanity is at stake. And what better place to start defending it and re-injecting romance into our lives than the workplace where most of us spend the majority of their waking hours. Small changes there can make a big difference anywhere. This is especially important in light of the overall rather depressing geo-political situation. I would argue that many of the most ambitious and most beautiful political projects of our time, like the European Union, or democracy in general, are under assault not because we don’t have reasonable arguments for them, but because we have failed to feel them and let others feel them. They remain too abstract. That’s the one main advantage of the Brexit camp and other protest movements: they were able to stir emotions and tap into a raw sentiment that apparently had no place to be expressed. If we indeed live in a post-fact society, as some say, then let’s at least create illusions that portray a world of joy, delight, and beauty rather than anger, bullying, and division.

The only way we can defend our democratic Western societies is if we combine economic prosperity with human prosperity at the spiritual level. In that sense, romance — the belief that there is always more, a desire for deeper meaning, another world, to explore — is the source code of hope and a crucial engine of our progress as civilization. 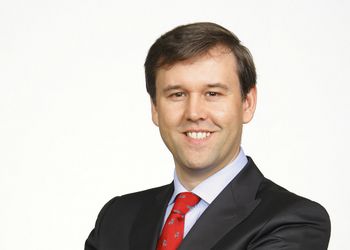 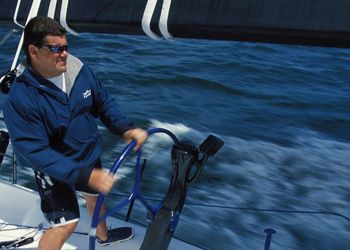 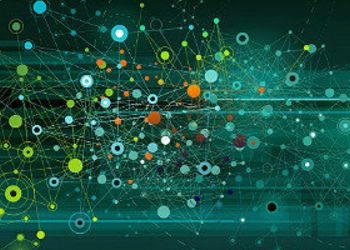